Be aware of plants & pollinators 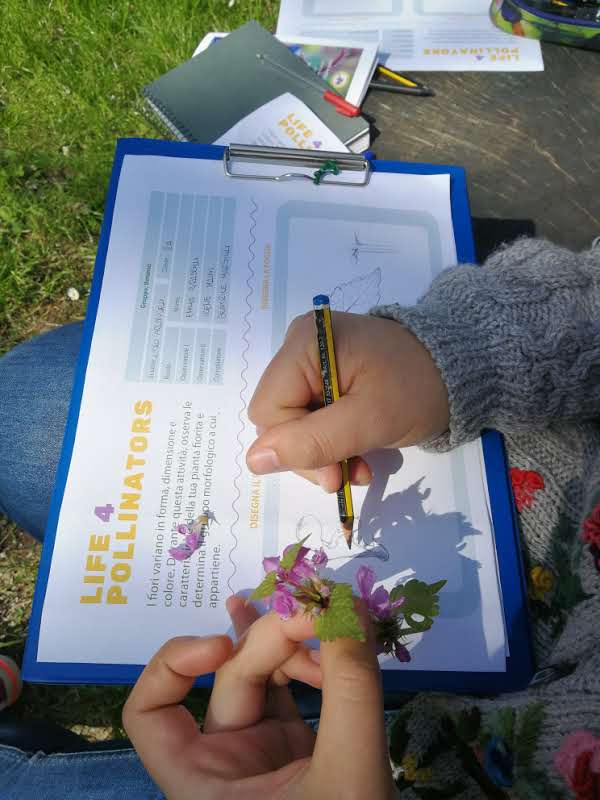 Many plant species are pollinated by insects, a method of pollination known as entomophily. Entomophilous plants have evolved a number of enticing adaptations to lure in insects such as brightly coloured petals, aromatic flowers and tasty nectar.

Both insects and plants benefit from the pollination relationship. Insects gain a great source of food from the nectar of the flower and in the process from moving from flower to flower, the insects spread pollen between flowers, pollinating flowers as they go. Pollen contains the male sperm cells of a plant and are located on the male organs of a plant known as the stamens; when they come into contact with a female part of a flower, the stigma, the flower has then been pollinated. The distribution of pollen by insects is a vitally important process for many plants as it allows them to reproduce.

The impressive diversity of flower features reflects the adaptations to different pollinator groups.

... Bees and bumblebees feed on pollen and nectar. Their mouthparts called „proboscis“ a comparably short - therefore nectar needs to be at a maximum distance of a bout 1cm. They therefore prefer Lamiaceae (Labiatae) like the mint or deadnettle or sage families and plants from the figwort family (Scrophulariaceae) that provide a good place to get a hold on. Some wild bee species are even adapted to feed in bell-flowers, in which they immerse themselves completely.

... Butterflies like to drink nectar from flowers that cannot be reached by bees or hoverflies. Butterflies prefer red, blue and yellow flowers. The colours of plants lure the butterflies towards them. Because butterflies need to be able to land rather easily on the flower they like plate-shaped flowers like Dianthus. They also like Lamiaceae like lavender and thyme.

... Moth pollination is typical of plants with hanging flowers, which can hold nectar in depths up to 20 cm, like hedge bindweed (Calystegia sepium). Because they fly in the dark, moths go after the sweet small of flowers. Some flowers that are pollinated by moths close their corollas during the day and opening by night to give off their scent.

... Hoverflies, like e.g. dipterans that can look strikingly similar to bees, generally visit open bowl-shaped flowers where they feed on both nectar and pollen, but some of them have longer proboscises, which allow them to reach nectar even in flowers with relatively long spurs.

... Beetles were the earliest pollinators on earth. Beetles mainly feed on pollen while nectar is often hard to reach for their short mouth-parts. Therefore they can be found on pollen-rich flowers that are easy to access for them, like roses, apple blossoms or wild carrots. Some beetles like „smellier“ flowers - this is why some flowers that are pollinated by beetles give off a different, sometimes less fruity smell. Furthermore beetles also use flowers to sit in the sun, sleep or mate.